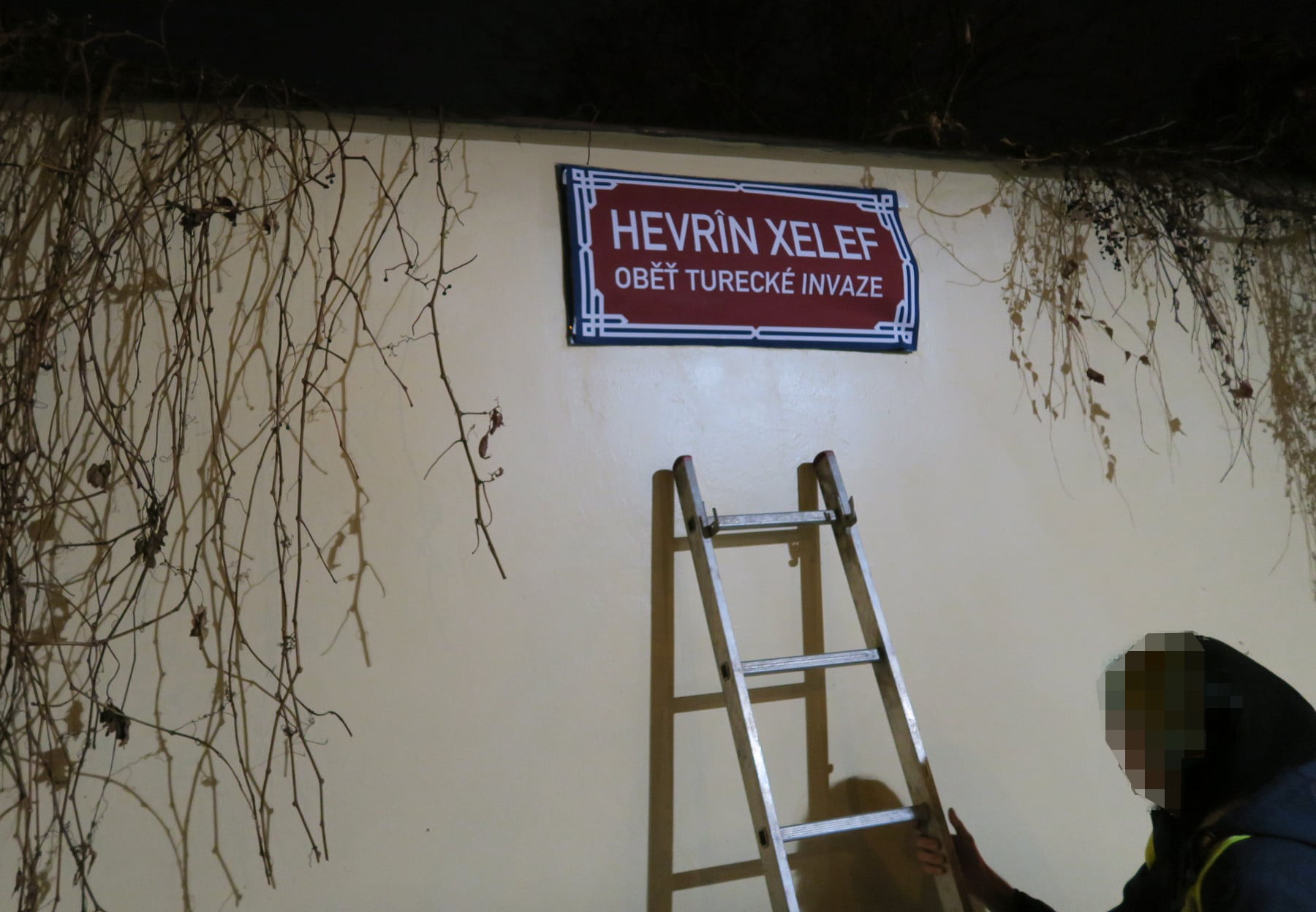 On the night of Friday to Saturday, the Rojava Revolution Defence Committee (VORR) symbolically renamed six Prague streets. These are newly named by the people killed in the invasion of Turkey and by its jihadist militias, into the region of northern Syria, commonly known as Rojava. Overlapping the original street names, VORR joined the international day of solidarity with the swarming resistance of Rojava against authoritarianism, fanaticism and the expansive nationalism of the Turkish regime.

“We renamed the names of Zizkov streets because we feel sadness and anger in the face of the power pecks and tanks stomping a unique attempt to build a radical-democratic society in the Middle East while the West is watching quietly. The streets are newly bearing names of murdered progressive Kurdish politician Hevrin Chalaf or international volunteers killed alongside the Kurdish YPG and YPJ militias,” Adéla Mračková from VORR explains.

The event, however, is primarily dedicated to the memory of those whose names never penetrate the Western media. “Due to the Turkish occupation of Rojava territory, many local defenders and civilians were killed. Hundreds of thousands of people had to flee in fear of air raids and atrocities perpetrated by mercenary and Islamist groups, which Turkey – although still a NATO member – uses as dispensable first-line troops,” adds Mračková.

By the end of winter 2018, VORR was formed by a broad coalition of Prague-based autonomous-left groups. Platform have organized the largest Czech demonstrations against the Turkish invasion and launched a boycott campaign under the slogan “Holidays? Certainly not in Turkey”. VORR is appealing to Czech government officials to prevent exports of military supplies to Turkey and to promote political and economic sanctions on the international level. In addition, it advocates ideas put into practice in Rojava, such as democracy from below, female emancipation, ethnic and religious tolerance and ecology.