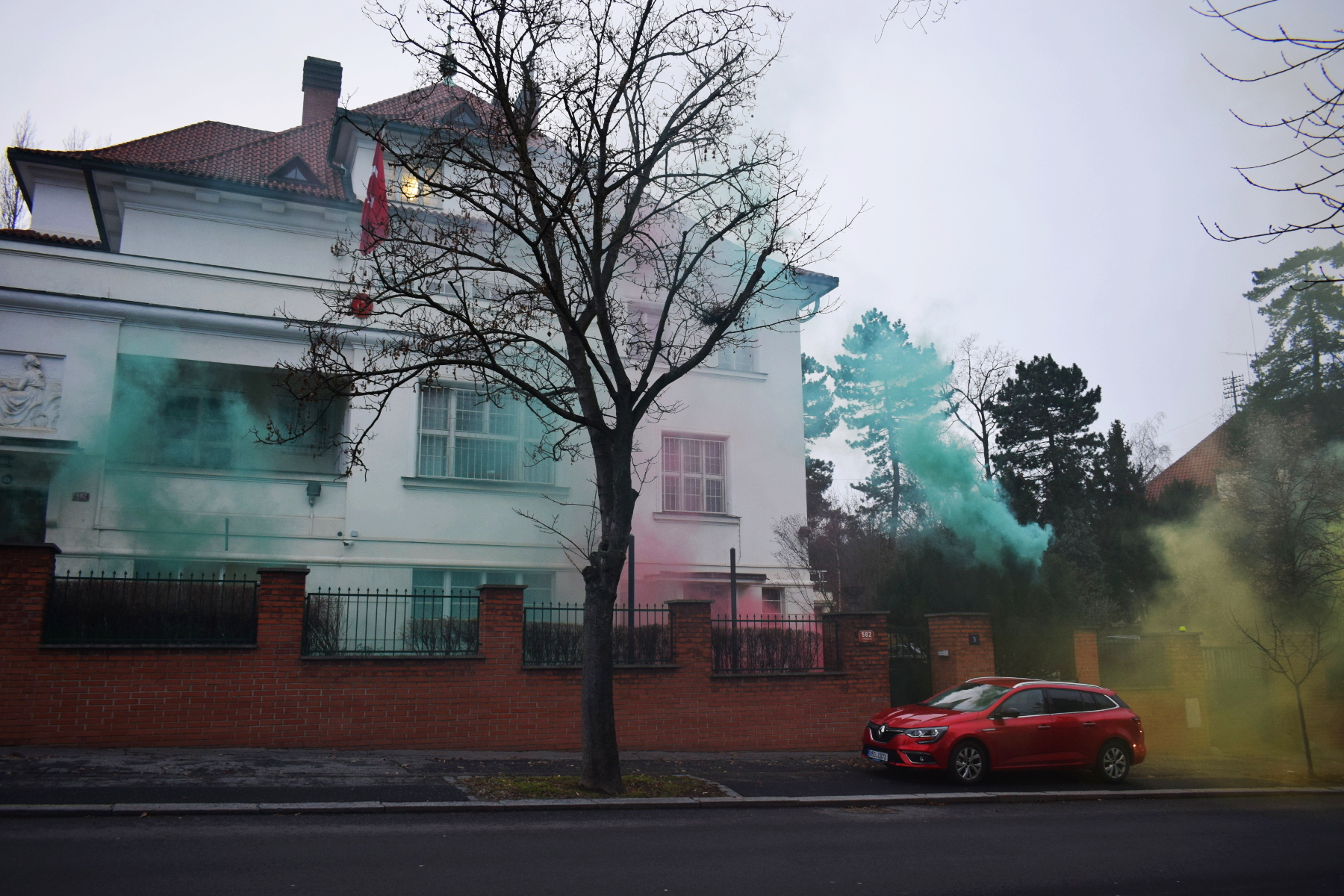 On the 23rd of December 2018 in the afternoon we carried out direct action in front of a building belonging to the Turkish embassy in the Czech Republic on Pevnostní street, Prague – Střešovice.

We threw several smoke bombs over the fence of this building in the colours of Kurdish militias YPG and YPJ who authoritarian Erdogan claims to be terrorists. The true terrorist is of course the Turkish state.

Whether it was the unprovoked attack on Afrin from which more than 160 thousand people had to flee as a result or whether it’s the constant human rights violations in Turkey. The Czech political representation which until recently, during the so called “refugee crisis”, used Kurdish militias as an example of “people who don’t run away but fight”, is now silent even though two Czechs – Markéta Všelichová and Mirko Farkas – are imprisoned in Turkey for supporting the exact same Kurdish militias.

Erdogan doesn’t deserve red carpets but a trial for war crimes. Turkey isn’t a business partner or a “democratic country”. We refuse to turn away from our Kurdish allies who have fought for us and died in battles against the so called Islamic State.

We realise that a few smoke bombs won’t change the policy of fascist Turkey but we hope that with this symbolic act of dissent we can draw at least some attention and that we can inspire others who aren’t indifferent to the fate of Rojava to take action in its defense – to do anything which in the current situation makes more sense than to do nothing.